The spring at “Source Lanon” (pronounced “soose lan on”) is the largest spring in NW Haiti that has never been attempted to be capped. Currently, the people of this region get water from holes dug by the side of the river, a hand pump at the spring and from surface water at the spring (shown below). 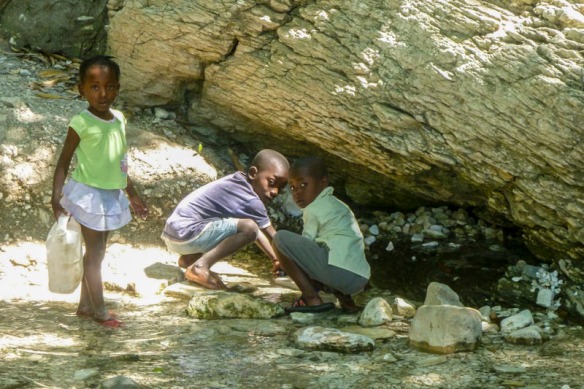 The nearest village is Foison and it’s residents suffer greatly from the hardships, diseases and risks associated with unsafe water. Since the 2010 earthquake in Port Au Prince, those risks now include cholera. Once cholera gets in the ground, it can travel several feet and remain there for months. Getting water from hand dug wells as shown below is reality for the people of Foison. It’s risky but they have no alternative without the spring fed water system from Source Lanon. 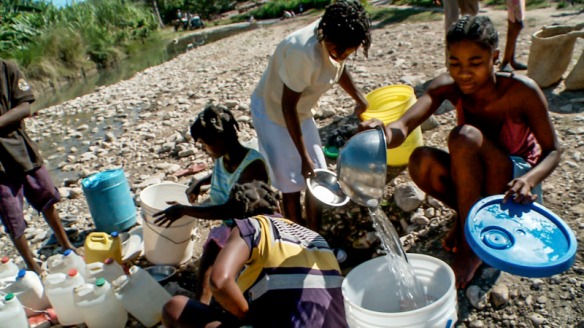 Getting water from hand dug wells by the river

With enough funding to get started and run pipe to the first couple fountains, work on capping the spring at Source Lanon is scheduled to start in 2013. The spring is a difficult one to cap and much concrete will be used to cap it and channel it down the battle zone for distribution to the many villages downhill from the spring. 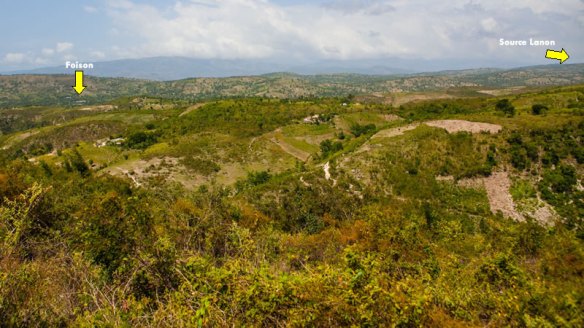